It’s the end of May and the weather is already beginning to heat up in the high desert. But, since we’re from Fog Land, the low 80s is hot to us. And it’s dry, too. Crunchy, dusty dry with a warm wind that blows pretty steadily.

We arrived around 3:00pm and had just enough time to explore the California Trail Interpretive Center, which was located at a rendezvous spot between the California Trail and the Pony Express Trail. Thus, the center interpreted for us these historical experiences, spending a lot of time on the woeful Donner Party (eating people or eating shoes…which would you choose?) and the Bidwell Party, which was the first wagon train to cross Utah. What was interesting for us was last summer we stood at the spot in Wyoming where the California Trail route began to head south. Man-o-man, 2000 miles of rough travels.

Tomorrow, the Interpretive Center will be presenting a reenactment of a wagon train encampment. There will be lots of cooking demonstrations, a Pony Express hand off, blacksmiths, leather tanning, Native American weaving demonstrations and cooking. Fun times. We will be on our way to Provo, but we did wander around a little and spoke with the folks setting up. So, just imagine these empty photographs teaming with people, horses, oxen and at night, an old fashioned fiddle dance. 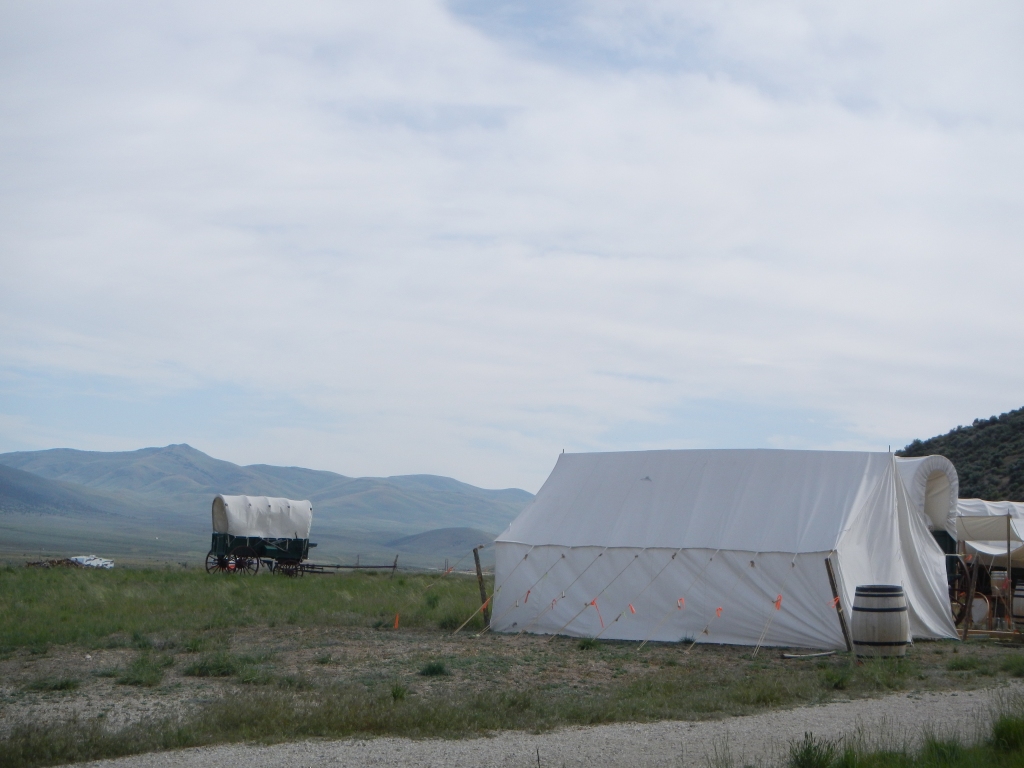 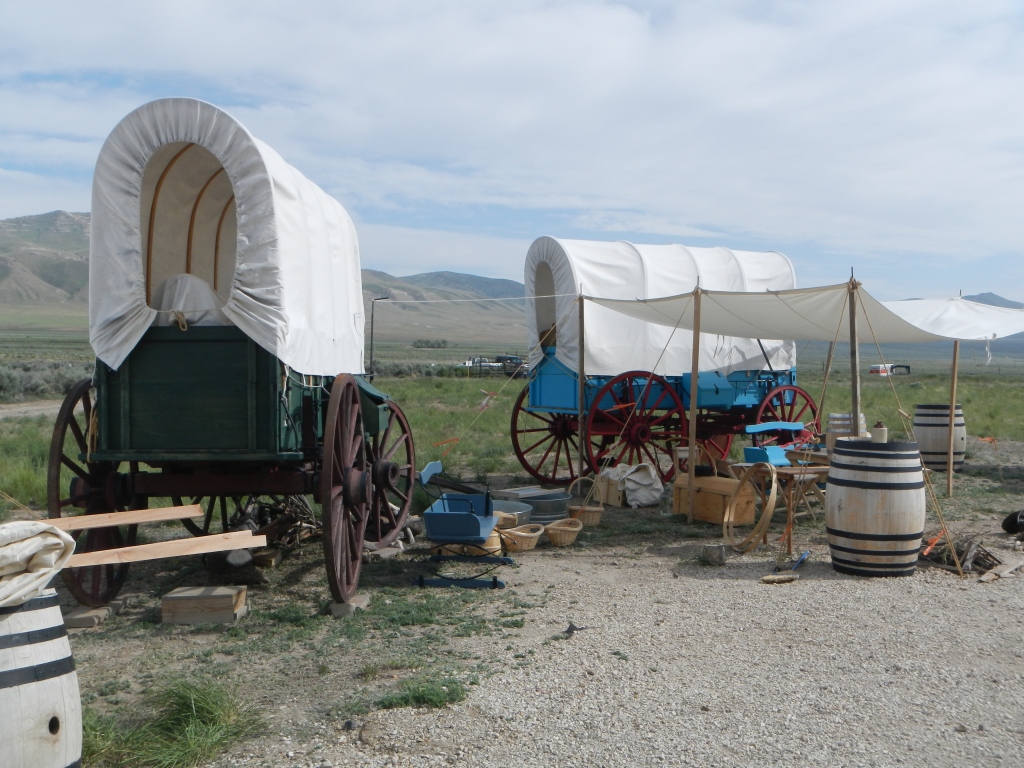 Elko’s a western town on the banks of the Humboldt River and at the gateway of the Ruby Mountains, which look quite impressive.

For work, most people ranch, work at the casinos or the gold mines…big huge strip mining operations, and that’s all I’m going to say about that. They’ve got quite a number of Basque descendants, here, who immigrated to become sheep farmers (makes me wonder if where they lived in the Pyrenees mountains also had some places of high desert) who celebrate their heritage with a festival. There’s also a National Cowboy Poetry Festival and a hot air balloon festival. Lots of stuff to do. More than six things, Trip Advisor, if you count all the outdoor activities, just so you know.

Tomorrow, we’re heading to Provo, UT. It’s only 4 hours if you take I-80, but we’re not. We’re going for a more scenic route, travel south, intersect with I-50, the Loneliest Road (who comes up with these names?) and come into Provo from the south. That’s the plan. Don’t know how long it will take.

You know, if we had more time, I’d be curious to poke around some in Elko.

See you down the road…

One thought on “Welcome to Elko”