I think I’ll let the pictures speak for themselves. Suffice it to say, we did travel HWY 50 and it wasn’t as lonely as some of the other roads we came upon. Although it took twice as long, I’m so glad we got off I-80, because there are some lovely places…especially along the Ruby Mountains. There were some lonely places as well. Made me wonder what people did. We stopped for awhile in the early afternoon in Ely, Neveda. They’ve got a cool steam train museum in the old Nevada Northern depot. If we’d wanted to stay, we could have ridden on one of the steam trains. Instead we watched a guy warming one up and cooling another down. We weren’t sure if we’d be allowed into the area as it said “unauthorized people are not allowed” but an oiler working there invited us in. Thanks to him, we got our Steampunk On.

Tomorrow we’ll be in Avon, Colorado, our home for about a week. 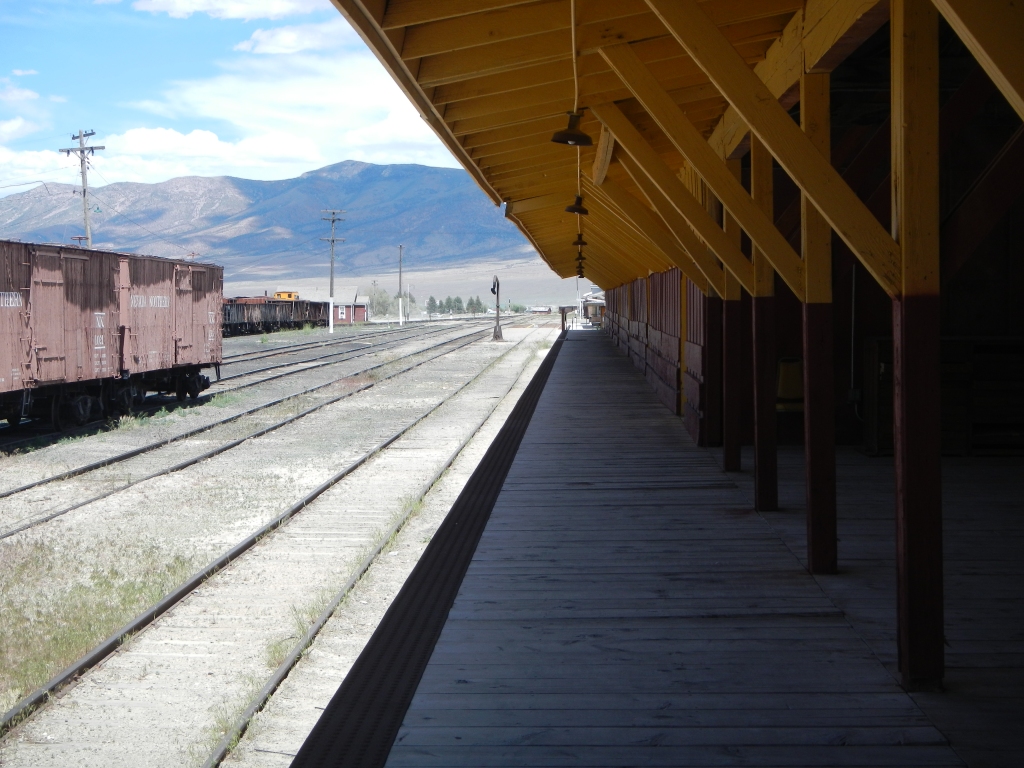