This is the final picture batch from our Alaskan Cruise that I’m sharing with you. I must say, I’ve saved the best for last. The scenery surrounding Skagway was gorgeous. 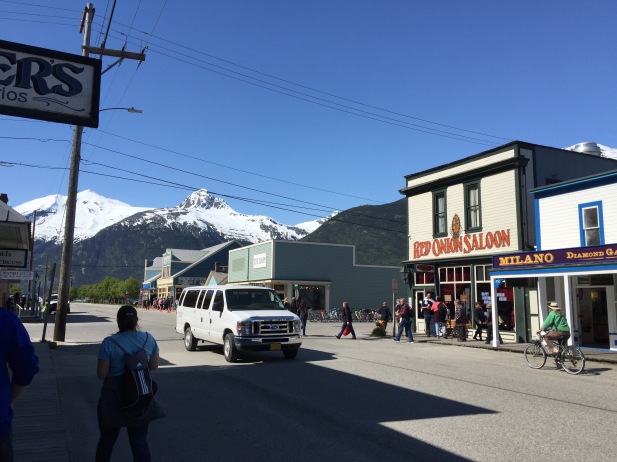 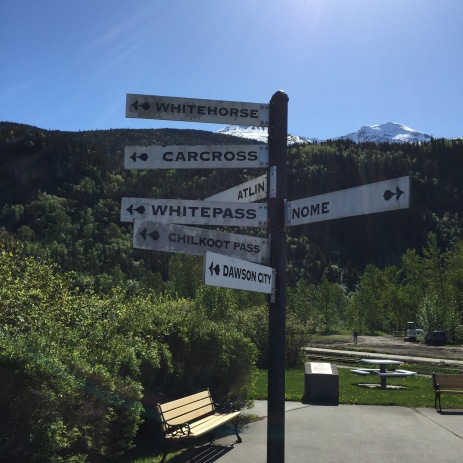 Beyond words gorgeous. And our day was full stop sunshine. Because it was so clear, we saw vistas many don’t experience.

We walked around the teeny tiny town, then boarded the train up to White Pass. The tracks were laid during the Gold Rush, so we followed in the footsteps of those eager (and mostly naive) prospectors.

What a grueling journey they made, and more than once. The you-can’t-enter-Canada-unless-you-have-these-supplies-list added up to hundreds of pounds and couldn’t be accomplished in just one trip from Skagway to the border. Here’s the link in case you want to prospect.

It was best to find someone seemingly trustworthy to buddy up with, so one could watch the stuff at the border while the other went back down the grueling trek for more stuff. Horses were used, sold to the naive prospector who new nothing about their care. There’s a gulch named Dead Horse Gultch. Why? At one time it was filled with dead horses. Filled.

Not a pretty thought.

We shall just skim by that little image in our heads.

I highly recommend the rail trip up to White Pass. Furthermore, I recommend you spend the extra dollars to go in the luxury coach, where you’re extremely comfy and extremely pampered and you have your own narrator.

Ready for your pictures?  Here we go…

The railcar. Very comfy, no? The plush leather chair swivels around so you can enjoy the scenery. 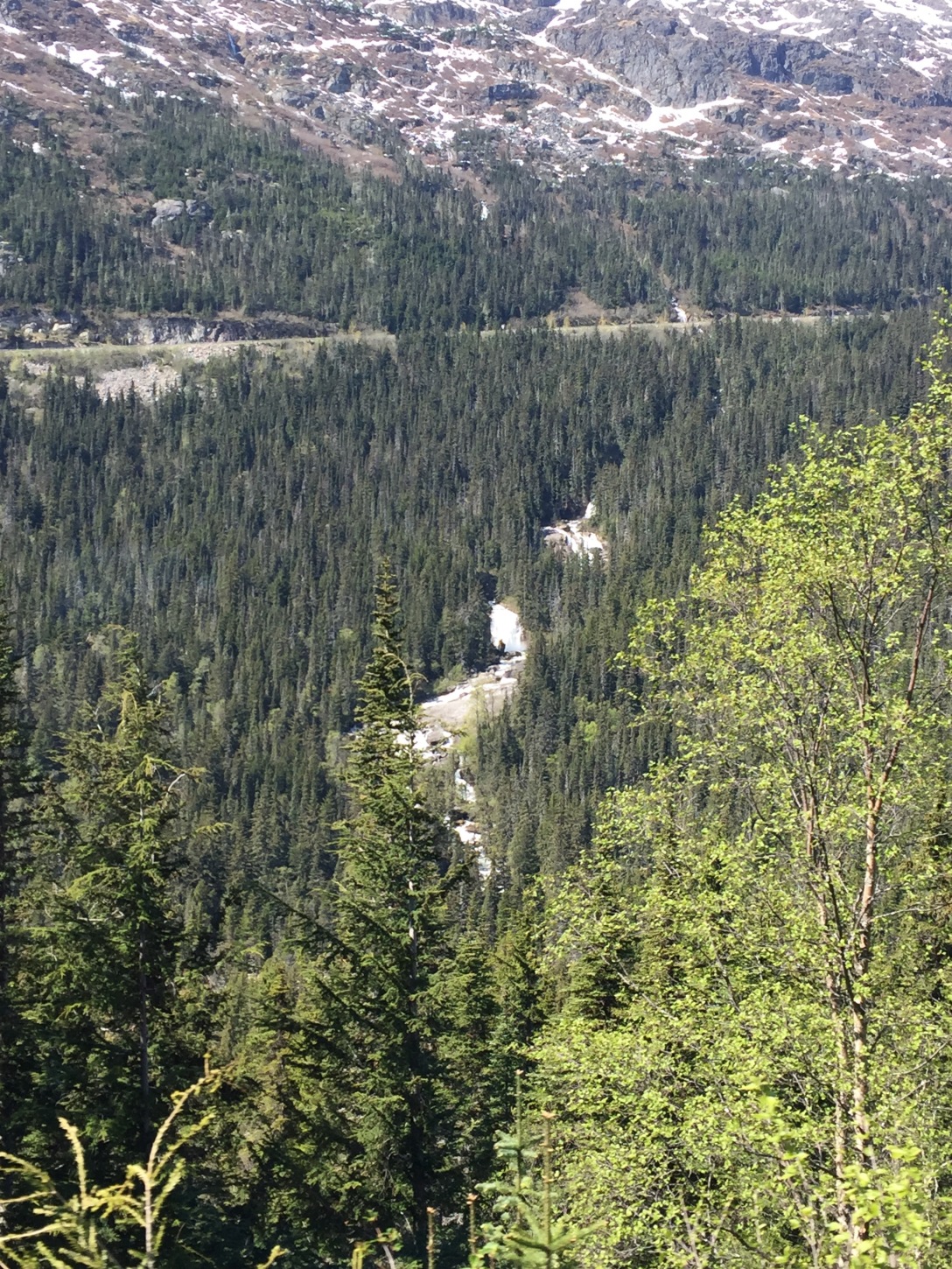 Where we’re heading. See the little bridge followed by a tunnel? 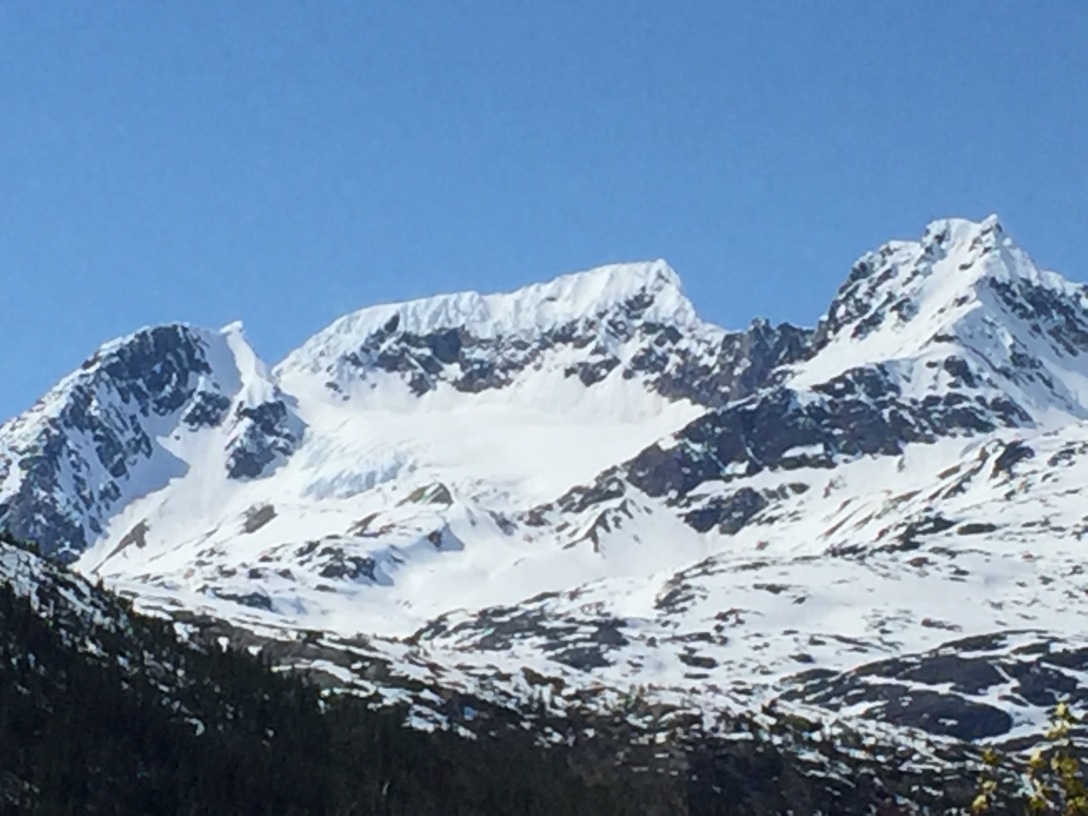 Crossing over the bridge and through the tunnel

This bridge is no longer in use…whew. 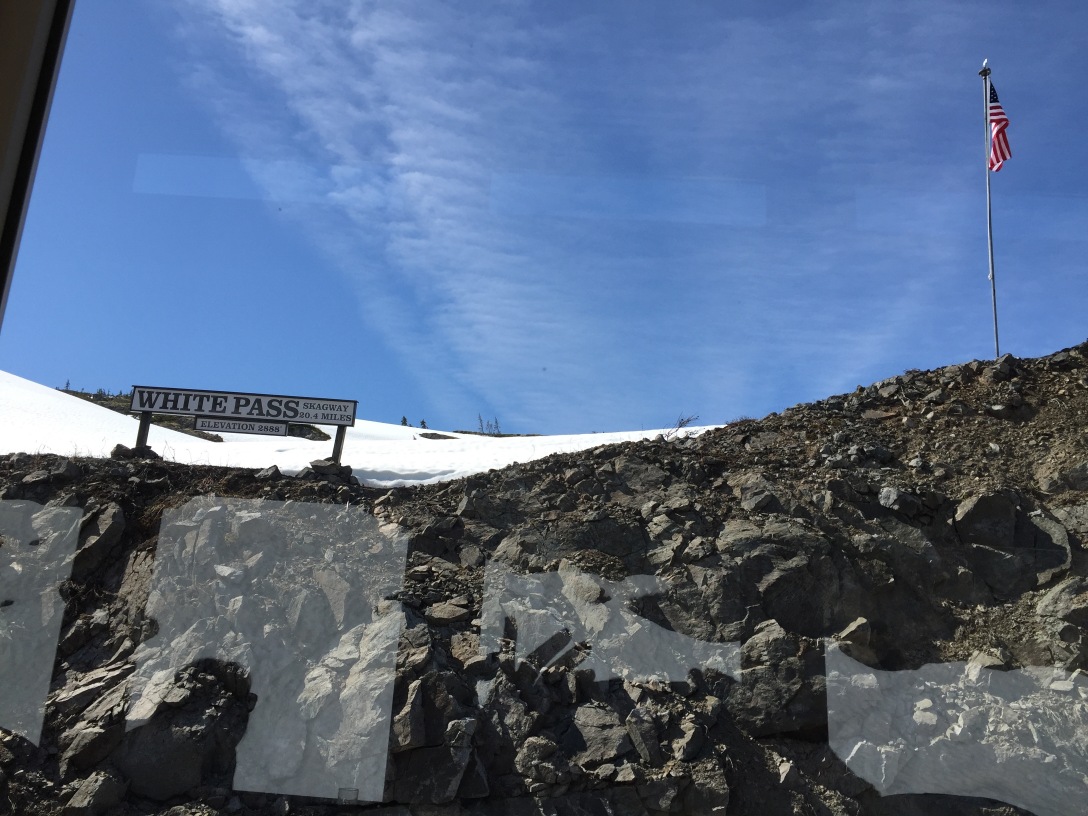 We waited by this lake while the engine switched from the front of the train to the rear. On the way down, we were in the rear. Really peaceful standing on the little balcony as we descended.

Running behind Haines, Alaska, is the Chilkat Mountain Range. Imagine miles and miles of Grand Tetons and you’ll be close to what it was like. We sailed past this range and I was mesmerized. I could hardly take in the immensity, nor the beauty.  The following pictures can’t capture what it was like. Nor my little movie I shot, after I realized we were going by an island and I really should try to make a movie or something.  But here are the pictures, regardless,  and the link to my YouTube video. 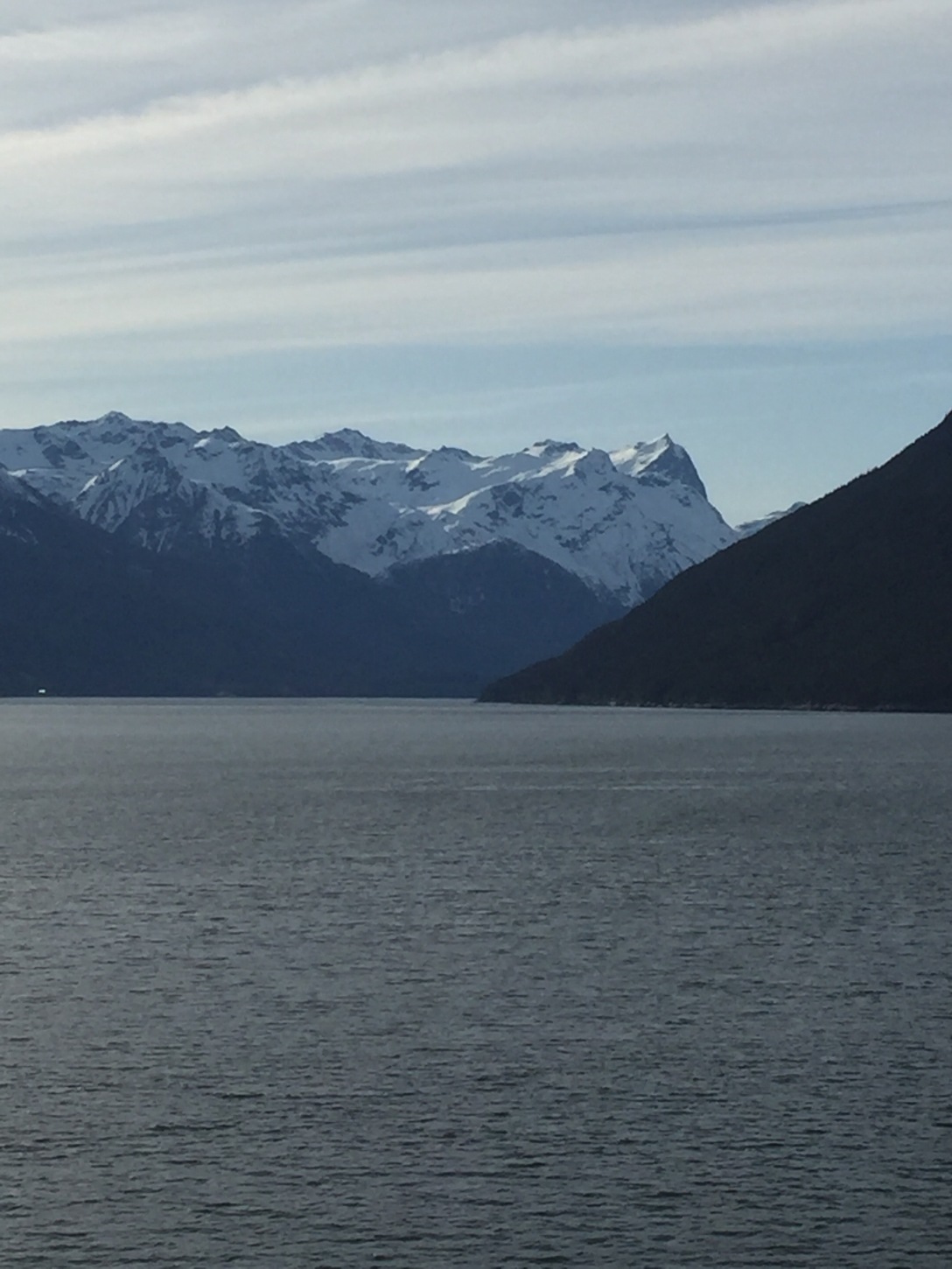 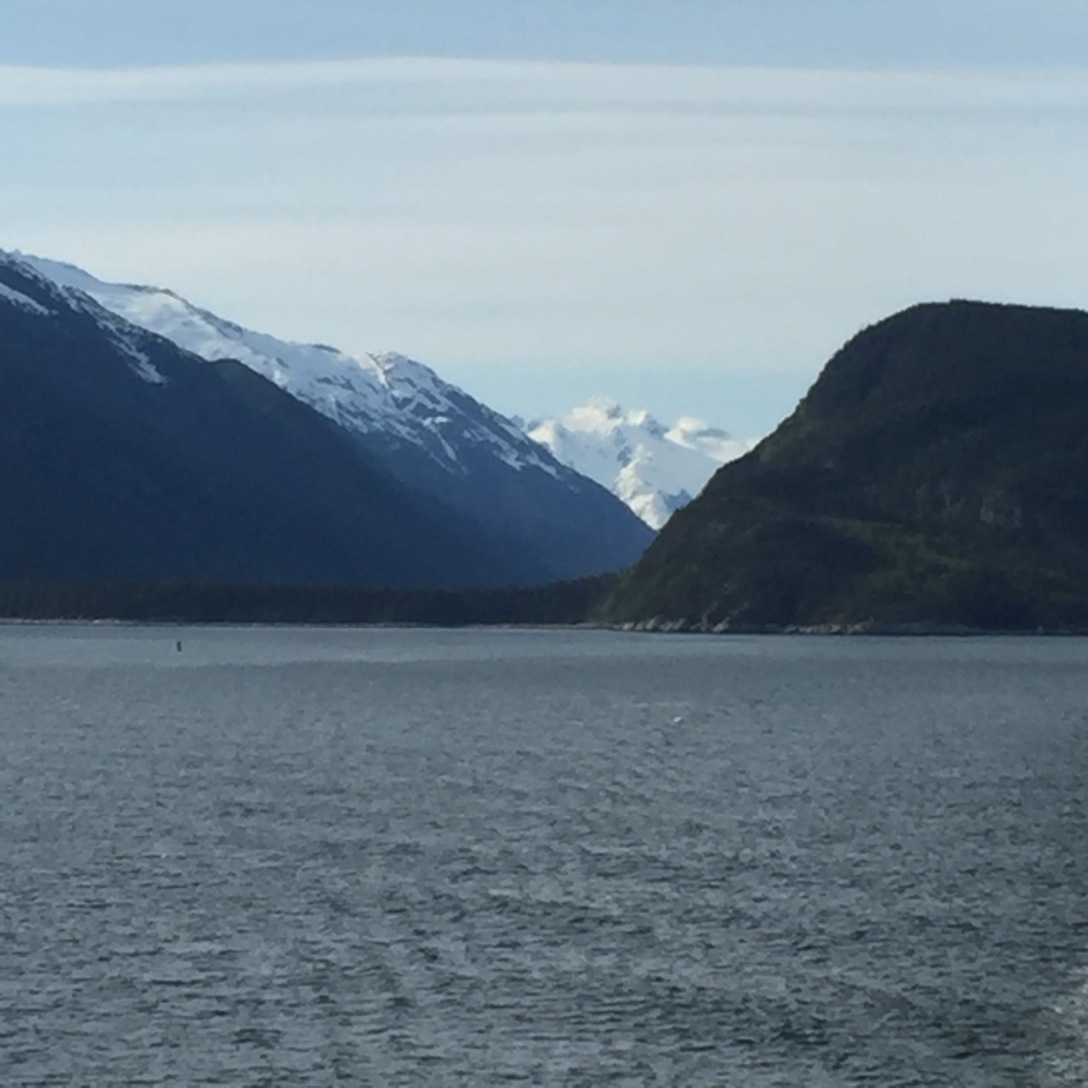 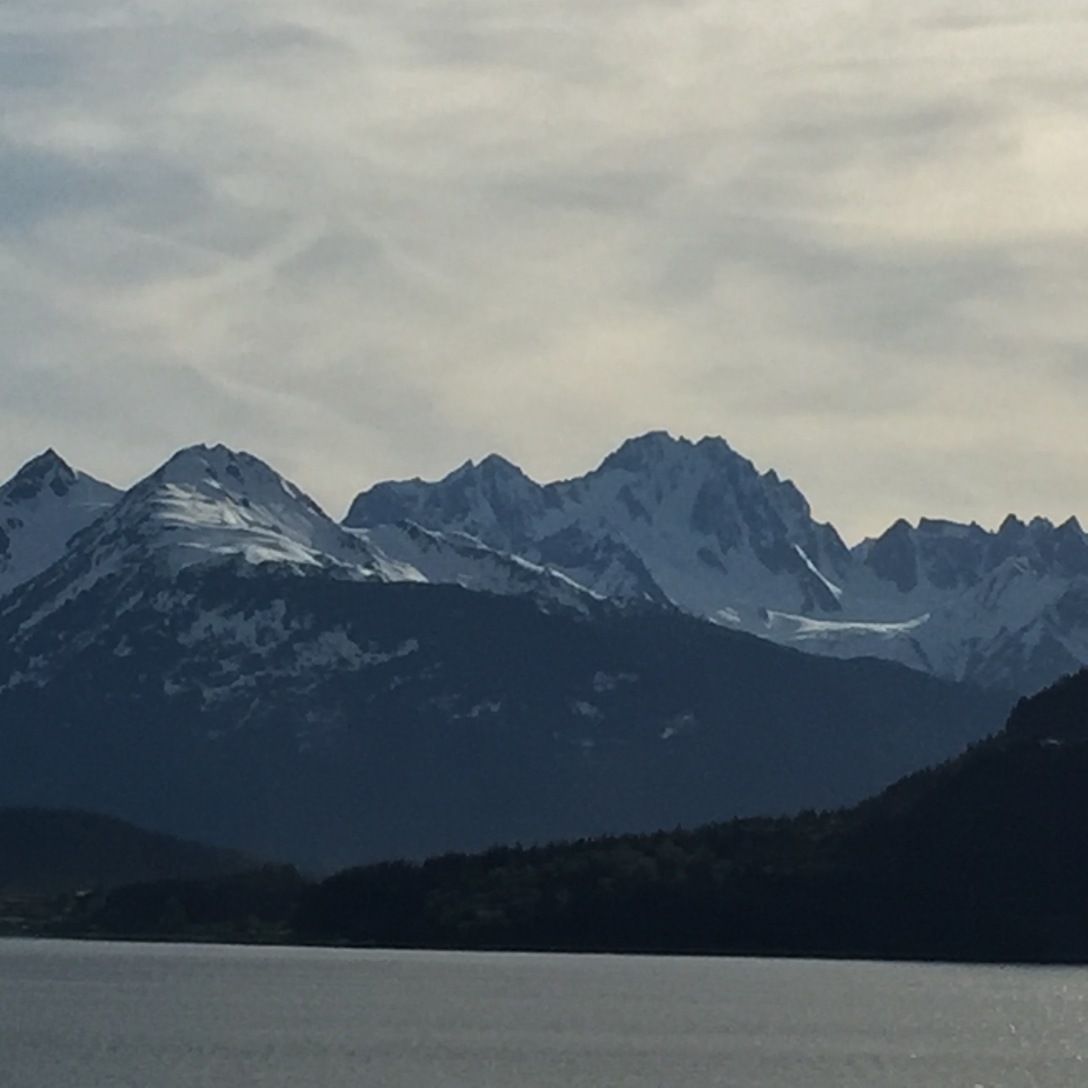 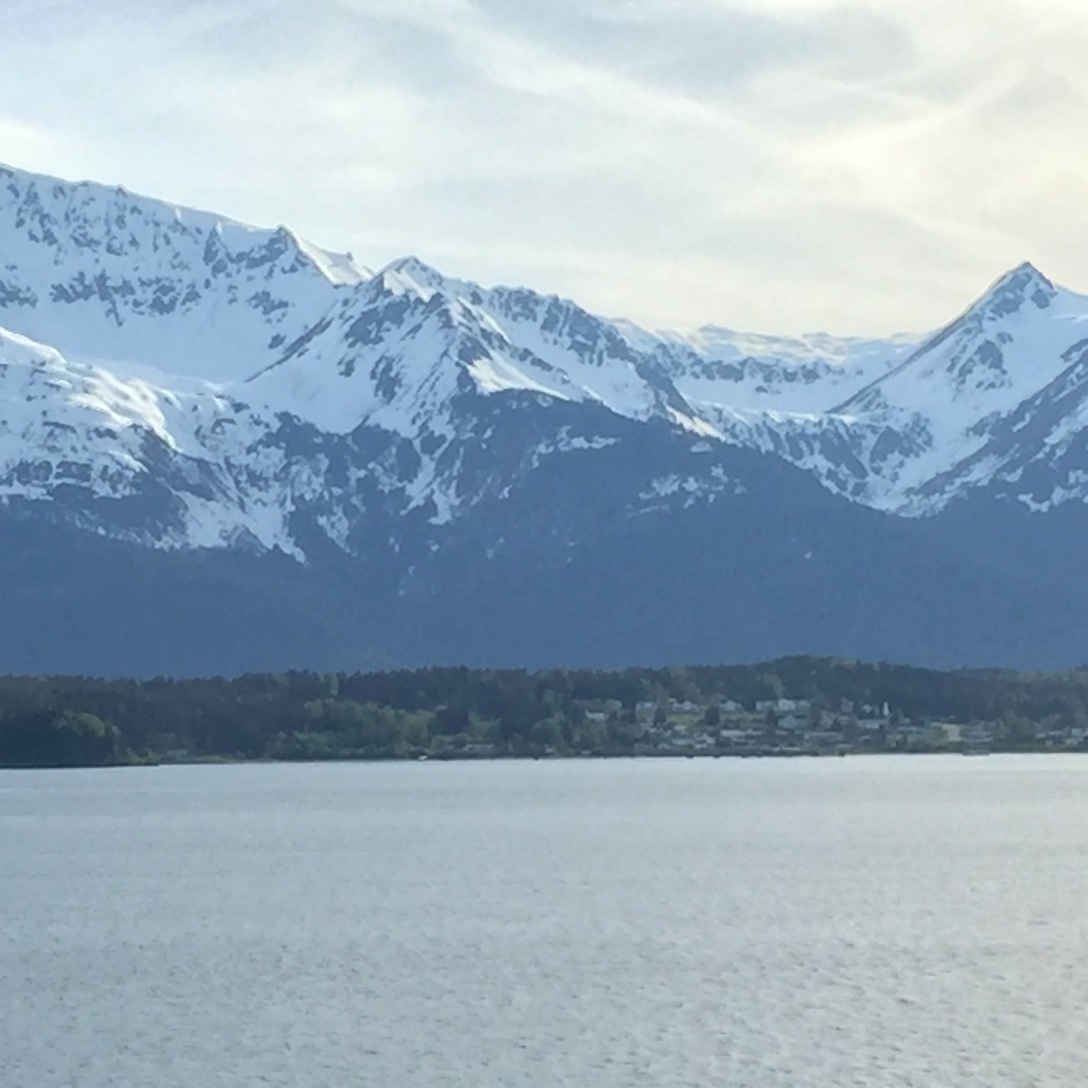 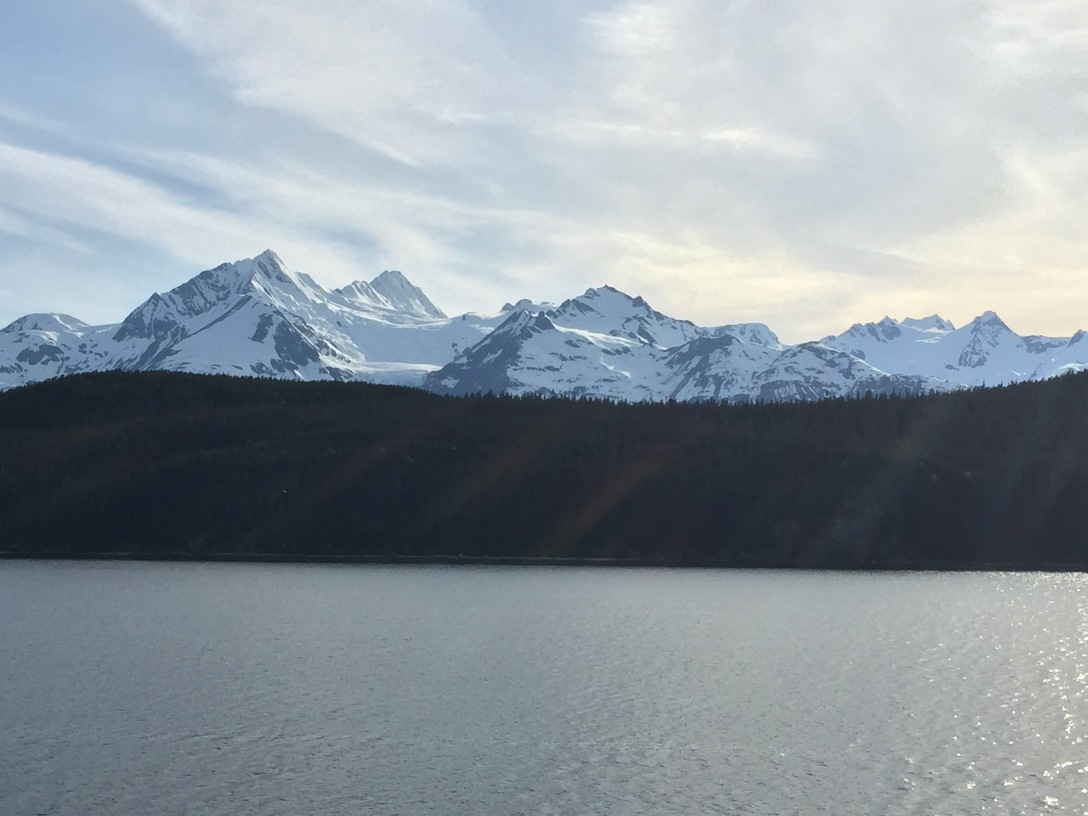 And there you have it. There are many more pictures of Mr. Al’s and my tomfooleries at sea, but you needn’t see those! We arrived back in Seattle, took in The Who concert and came back home where lots of creative work is waiting for us. I’ve begun writing Chaos Driven, Book Three of the Entean Saga in earnest as I set the due date with my editor. No time to waste! Have a great week, peeps!!

One thought on “Lots More Pics!”