I’m yearning and burning to teach Intentional Creativity in the Color of Woman Method.

(It’s also how I’m feeling about my Muse at the moment, but that’s another blog for another time.)

What is Intentional Creativity? It’s a way of creating. Creating with intention is another way if saying it. It’s painting what’s going on inside you. 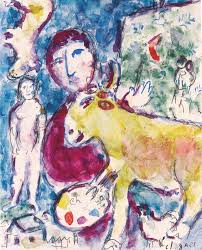 But what if you were to paint with the intention of making a shift? Leaving all the stuff that’s up in your life on a canvas and then making it a beautiful image? What do you think would happen?

I’ll tell you what happens because I’ve experienced it.

Intentional Creativity is becoming a movement whose intention is to help women (and men, but primarily women because we’re so used to burying our sorrows) heal their stories. The stories aren’t buried in paint. They are transformed in paint.

Like an ant captured in amber becomes a piece of jewelry.

And…you don’t have to be a fabulous painter to create fabulous art. It’s all in the method I’m learning to teach.

Of course, there are other people doing Intentional Creativity out there besides those trained by Shiloh Sophia, although it may not be called that. It’s big—bigger than one person– and it’s growing and I’m so excited about that!

But I’m so very honored and proud to be a part of this particular lineage.

Let me introduce you to my lineage via their art:

Lenore Thomas Strauss, poet and sculptor of the New Deal Era who apprenticed…

Shiloh Sophia McCloud, who is teaching … 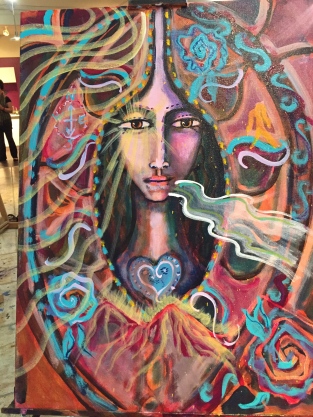 Who will I be teaching?  You?

Have a great week, peeps!