Undulating ribbons of light in green, turquoise and yellow.

Picture this: a clear night and a coastal town of about 10,000 (of the 50,000 who live on Greenland) inside for the night. Above, the Big Dipper clearly points north. And behind the town, all around the horizon line , the angels and ancestors dance–sometimes crouching low, sometime s jumping high into the sky….ribbons and sheets of light.

Out of the night sky, a voice calls out with an Indonesian accent (one of the stewards, perhaps?) “We are so lucky!” He exclaims joyfully.

I tried to take pictures, but my iPhone didn’t quite know what to focus on–the town lights or the sky lights. I think you’d need a time lapse camera or something like that…a long exposure. All I can tell you was they were very beautiful and I hope to see them again tonight. We will be asking Freye, the Norse fertility god of rain to clear the sky one more time so we can watch the dancing. Or are we seeing the splendor of Asgard? I don’t know. (Actually…there really is an “app for that.” I was speaking with a woman today who showed me the app which I have downloaded. Now, all we need is a little luck and the kindness of Freye.)

Yesterday, we arrived in Greenland and sailed up St. Christian’s sound–a long, narrow fjord…jagged peaks and scared walls of rock. It was wild, pristine and felt so remote. How do these people live here? The narwhal whale, the seal, the musk ox and the caribou–this is their food. This is their clothing. The men hunt. The women work in offices and with tourists. The boys go to school until they are old enough to learn to hunt. The girls continue their education so they can work. And the outside world wants to take the Hunter Life away from them….these people who have lived this way for thousands of years, who leave no carbon footprint, and only kill what they can use. I dunno. I’m not so keen on hunting beasties myself, but this is not about trophies, this is about surviving in a very harsh climate.

We explored Qaqortoq this morning, a small fishing village and tourist stop. I enjoyed joking and laughing with the people. 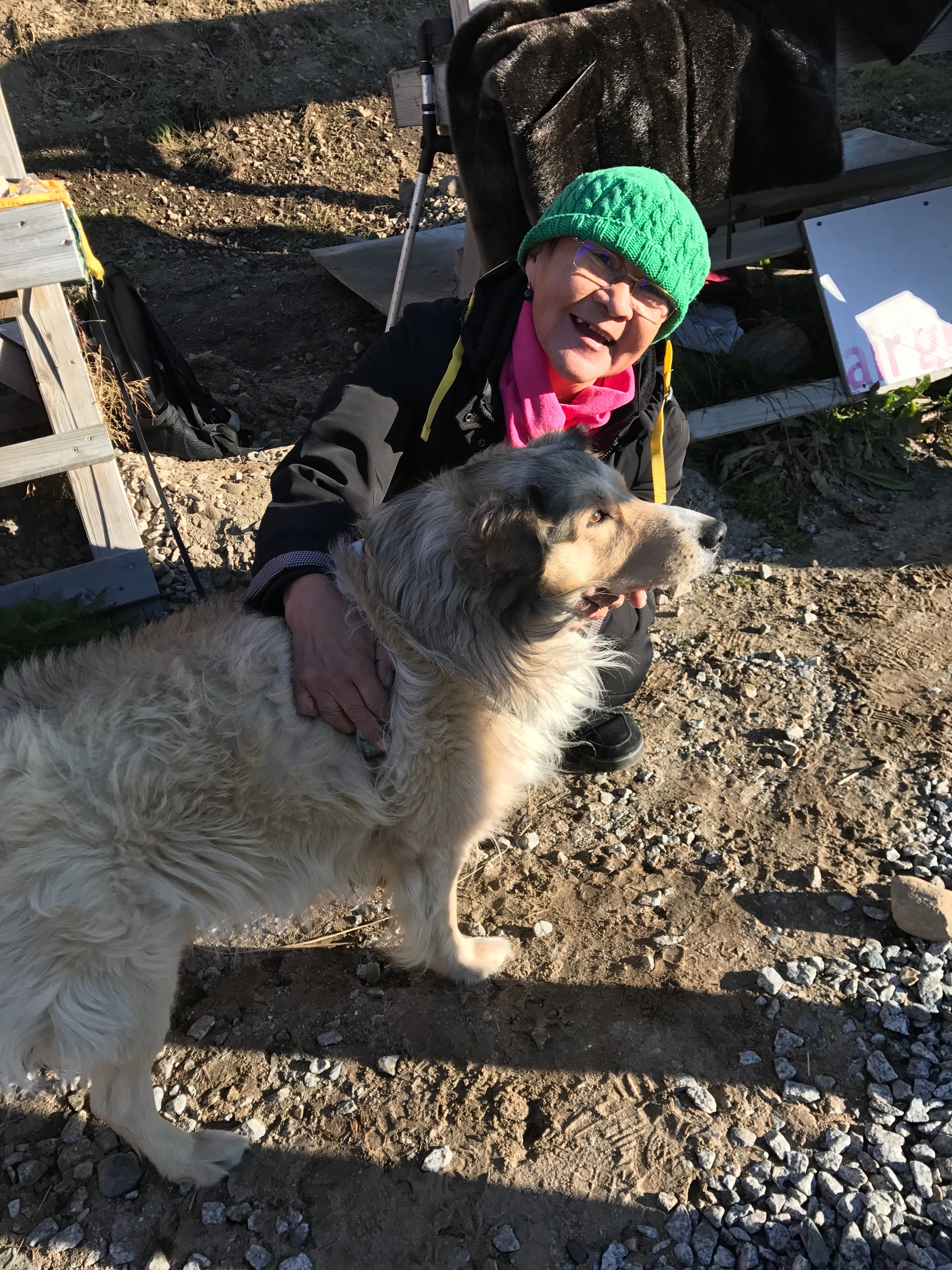 My favorite part of our visit was the museum where there were lots of little carved figures called Tupaliks. The tupalik was a talk,and created by the shaman. It was made of at least three different animals combined together. The combined animal qualities would be used to attack a targeted person, an enemy wishing to cause harm…kind of a spiritual warfare kind of deal…. When the Shaman worked, he chanted and empowered his carving and, when finished, sent it out to sea. Reminds one a little of voodoo, huh? Anyway, now they aren’t carved for that reason anymore. They’re carved as a brand of Greenlandic culture, still with the intention of combining the animal natures, but not to cause harm. And they’re pretty cool. 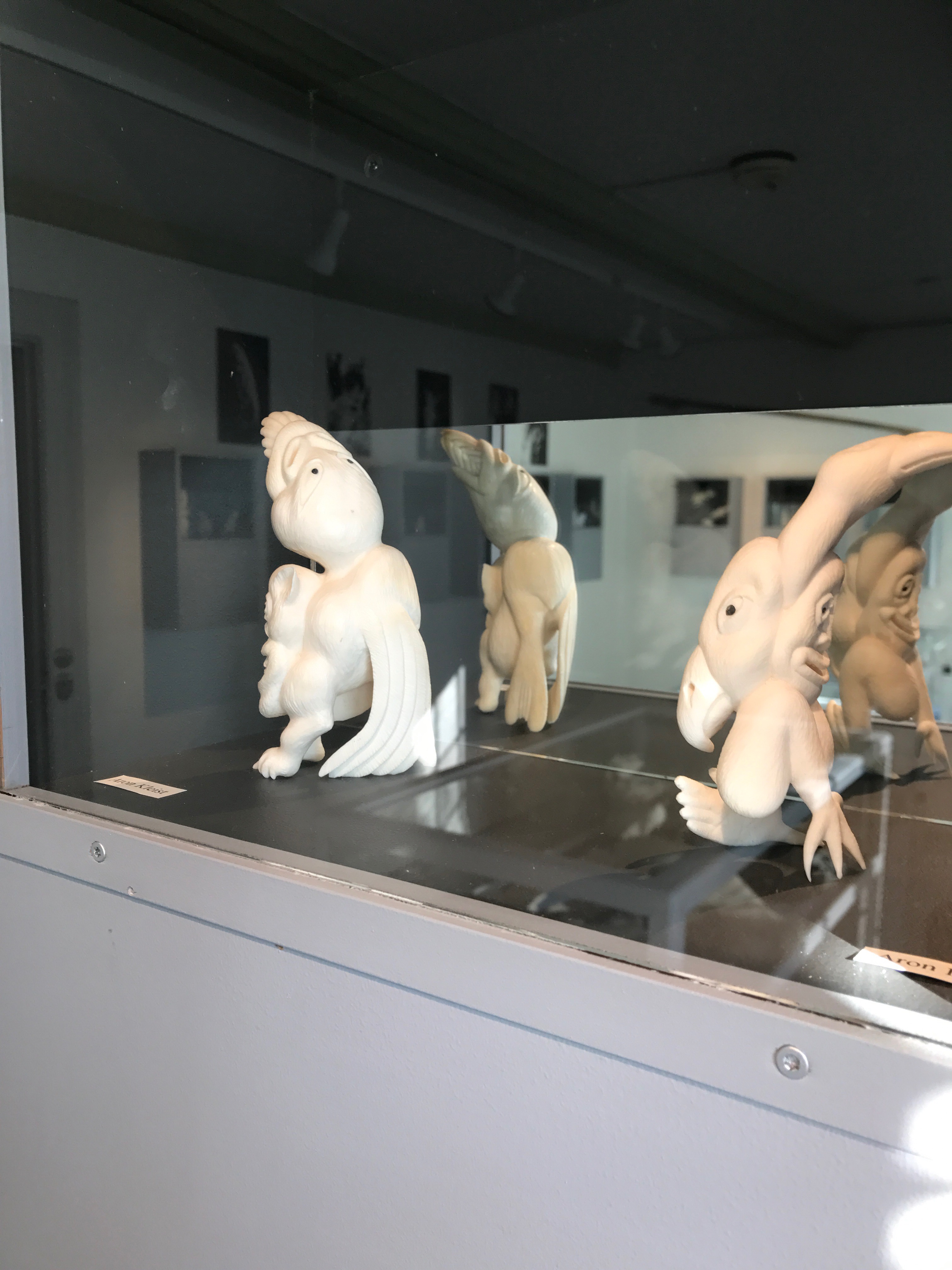 I promise to post many pictures when we have good internet. These two took quite awhile to up load.

Next stop: the New World…we are Canada-bound.

One thought on “Ribbons of Light”