Tomorrow, we move from one condo to another condo and finish out our final week on the Big Island (sniff.) Before we went to chill at Puako beach, we went to the front desk to see how it all works, since we check out at 11:00 and check in at the new place at 4:00. Turns out, it works  quite well. We pack our stuff, leave it in current condo and they take care of the rest, even the things in the fridge. Makes it really easy to head over to explore the Waipi’o Valley tomorrow.  All nicely worry-free.

We spent at least 2 and ½ hours walking the lava rocks and gazing at tidepools at Pauko. There were a couple of snorklers who told us it was pretty rough getting in. We saw. We watched them. This time of year? If you want easy peasy? Best to take a snorkel boat and not worry about up close and personal experiences with sharp lava and buffeting surf. Unless, of course,  you use the two steps at Two Step.

Here are some picks of this spectacular beach, fast becoming our favorite little spot this side of the island: 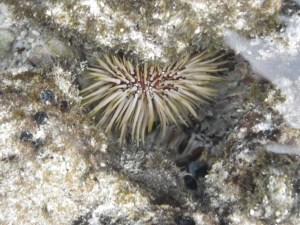 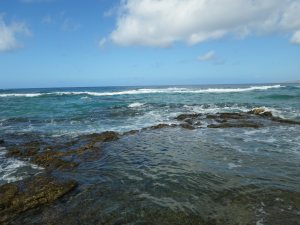 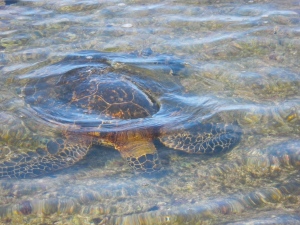 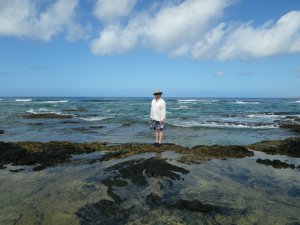 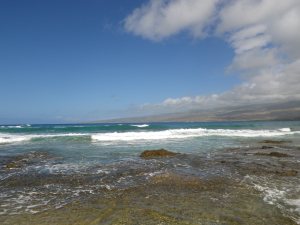 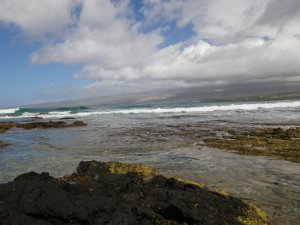 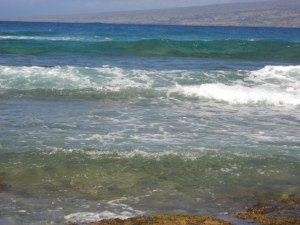 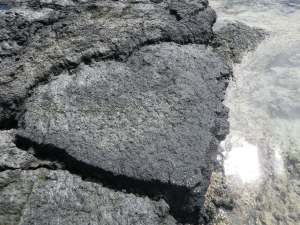 After spacing out watching the waves and the feeding sea turtles, we drove up to Kawaihae at Kawaihae Harbor, the second busiest harbor on the Big Island after Hilo, although it doesn’t look too busy. We’ve been assured that it is. Fun fact: Big Island’s biggest export? Water! Yes, not the pineapple or the coffee. It’s the water. We stopped for lunch here: 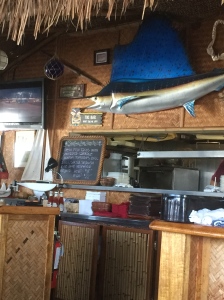 Ate fish tacos in this relaxing atmosphere and spaced out on the ceiling fans: 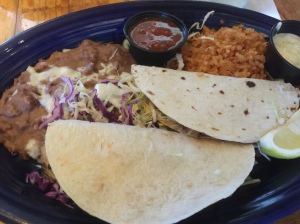 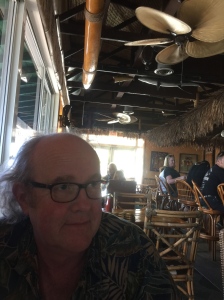 Then we puttered around at the local art gallery which had some pretty cool stuff. 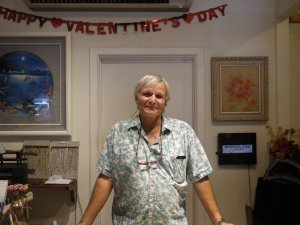 He specializes in custom gold jewelry but also makes charms. Here’s his workbench: 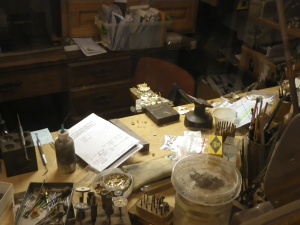 Another Fun Fact: Moses Thrasher was the first person to create the Whale tale design.

How cool is that? 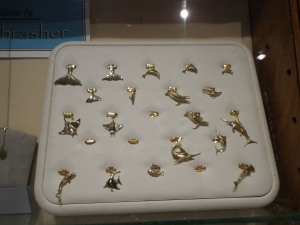 I did not purchase a whale tale, however. After the Turtle Encounter, I bought a turtle charm to remember it by. I love buying works of art from people I’ve gotten to know. (Here’s his link: http://www.mtgold.com )

Mr. Thrasher is a very interesting person. Fun to talk to. Mr. Al and I spoke with him for about 45 minutes, learning his story. His first “real job” was a band manager for a 70’s band that was quite popular in Marin County, primarily Fairfax. My old stomping ground in the 80’s. Just missed meeting Moses by 5 years who had moved on. After he’d burnt out from band managing, he decided to buy one of those around the world tickets. He planned to travel around the world and find himself. His first stop was Maui. Not only did he find himself, he hooked up with a fellow jeweler and began to make a living selling his sea life charms. Believe it or not, Hawaiian charms in the 70s were palm trees, pineapples and hula girls. Moses introduced whale tales, dolphins, sharks and turtles. All original concepts. Mr. Al and I watched him working on an octopus. It’s so intricate, he only does one or two a year. (Obviously, he didn’t remain on Maui since we met him in Kawaihae, but that’s another story.)

I leave you with a movie I made today of the Frisbee Honu. Enjoy and Aloha!