GAD! I am sooooooo full!!!!! But you don’t need to know how I’ve been in a feeding frenzy since we left Eureka. Picture a piranha. Enough said.

We had a choice this morning–go to Mt. Rushmore or Deadwood. We opted for Deadwood. What a great town—like stepping into the late 1800’s. It’s where poor Wild Bill met his demise. And, for those wanting to flesh out their real estate portfolio, that very saloon is actually on the market. So there you have it. You heard it here, first. You know what else is fun? The expansion joints in the pavement have been spaced in a way that make tires sound like horse hoofs as cars drive through the town. 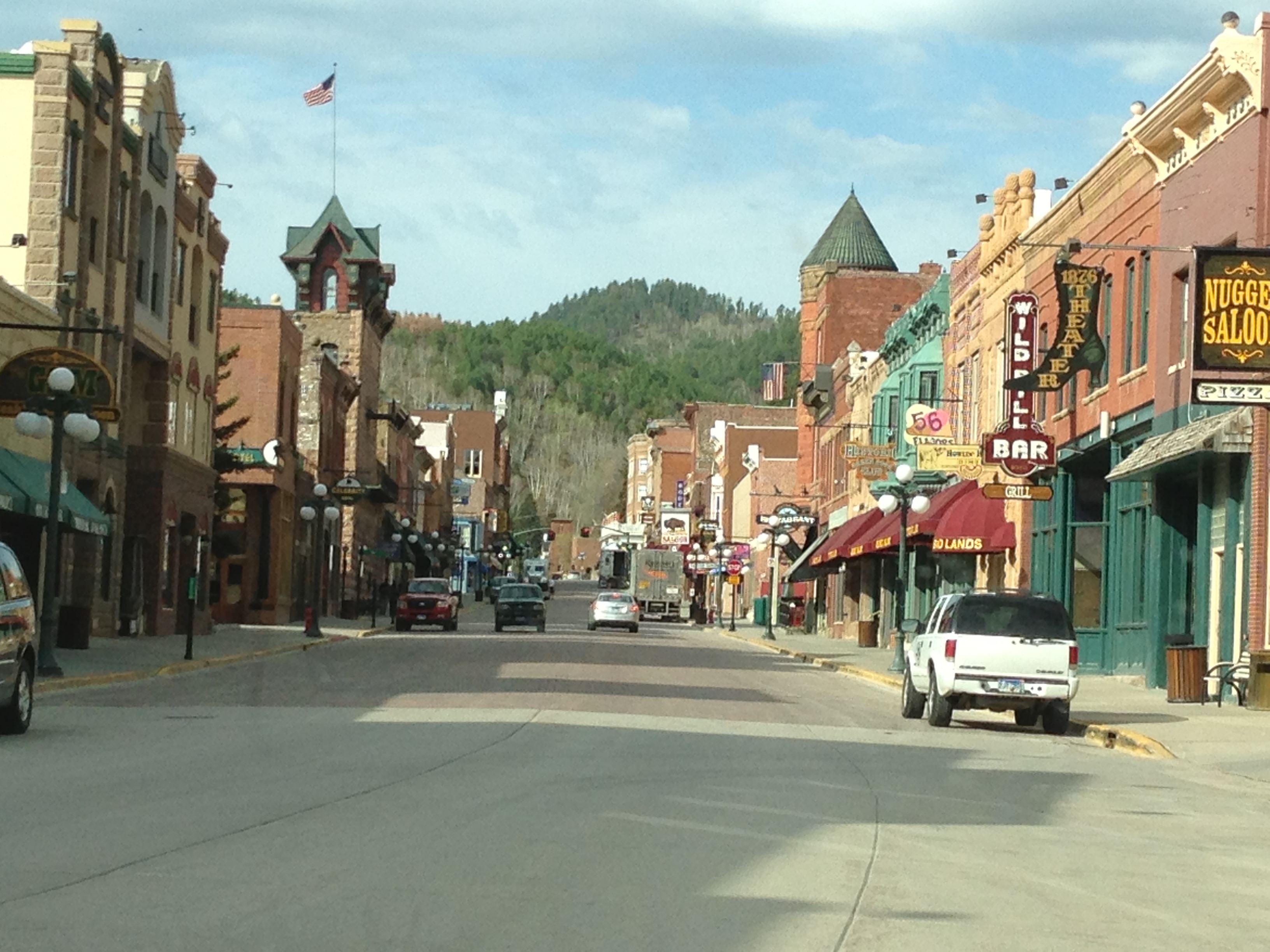 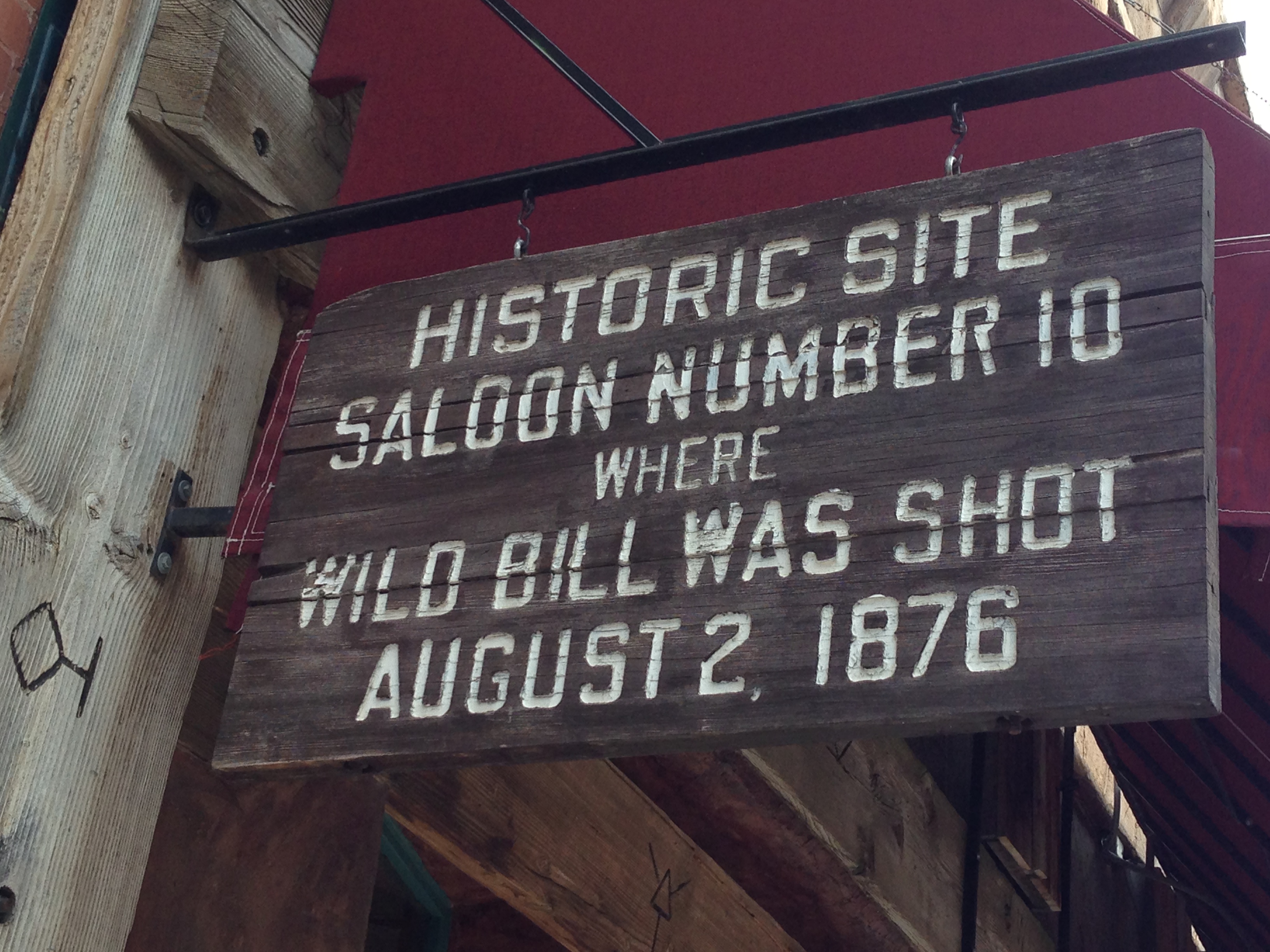 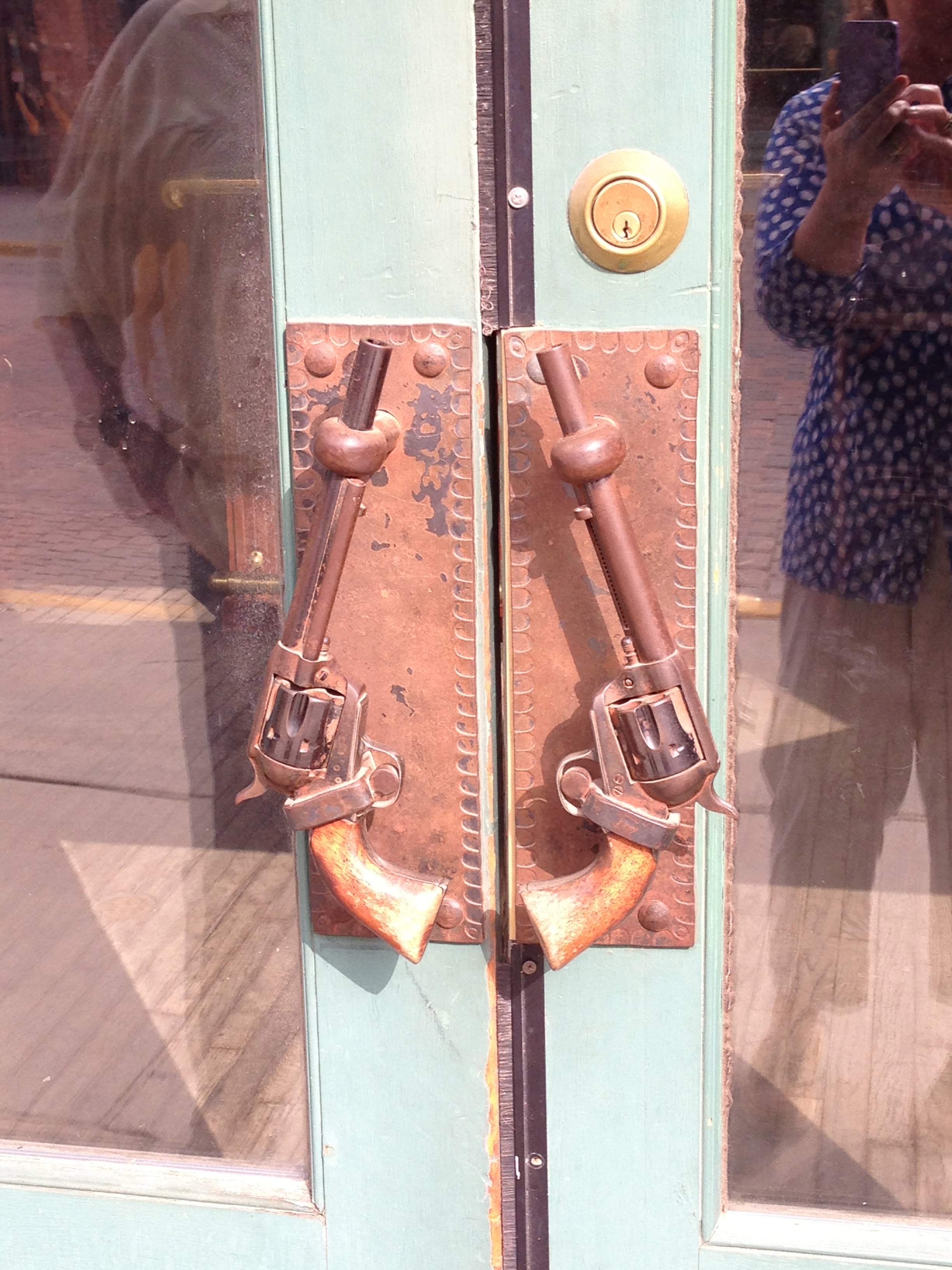 After Deadwood, we stopped off to refuel the car at Sturgis, the motor cycle Mecca. Come the first week in August, it’s wall-to-wall Harleys. Moving on, we refueled our bellies (no wonder I’m full) at the Famous Wall Drug in Wall, SD. The town of Wall was named for the running ridges at the end of the Badlands. And, since we were only 10 minutes away from the western entrance to Badlands National Park, we drove through said Badlands on our way to Sioux Falls.

Here are some Wall Drug pics– 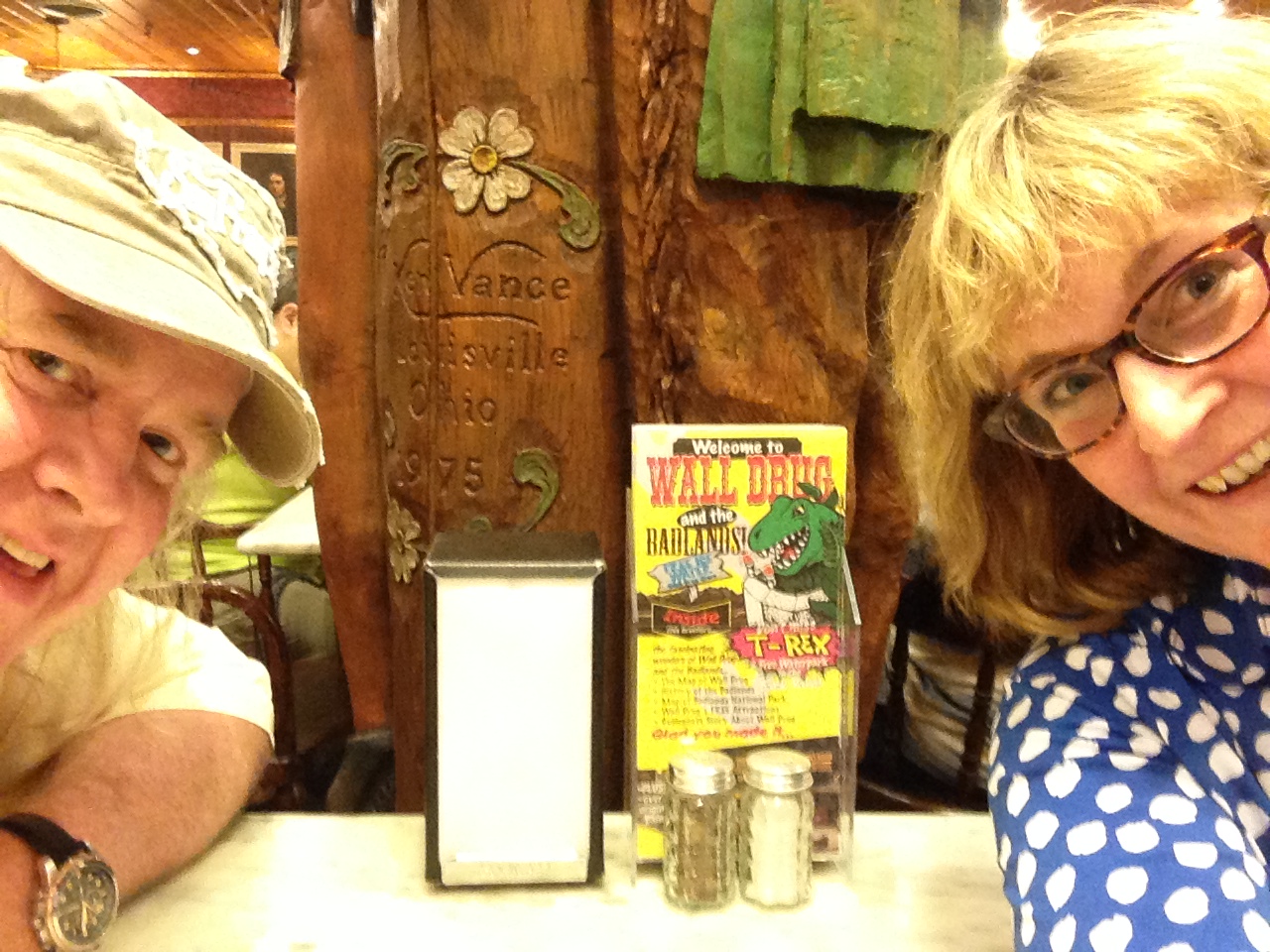 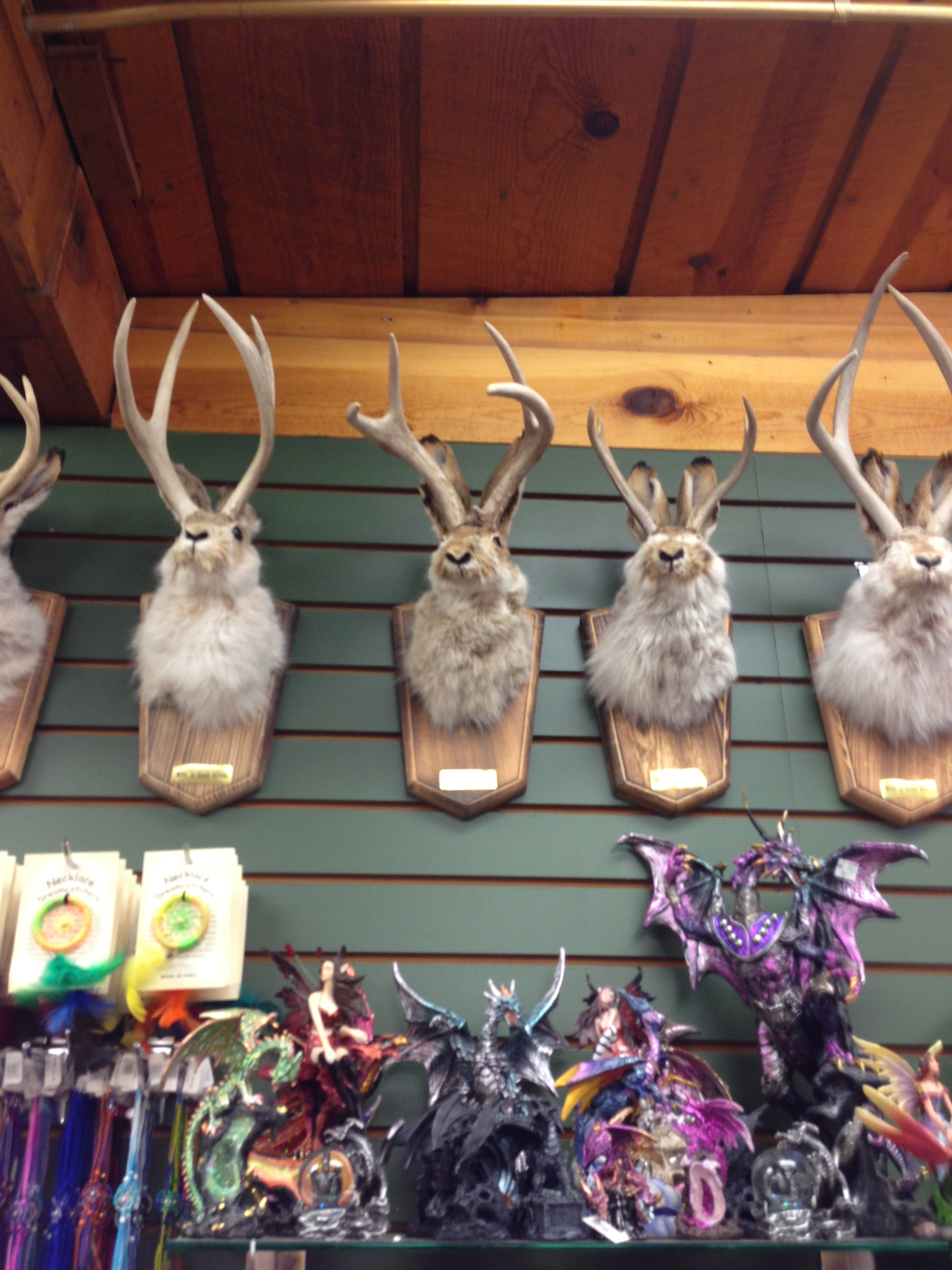 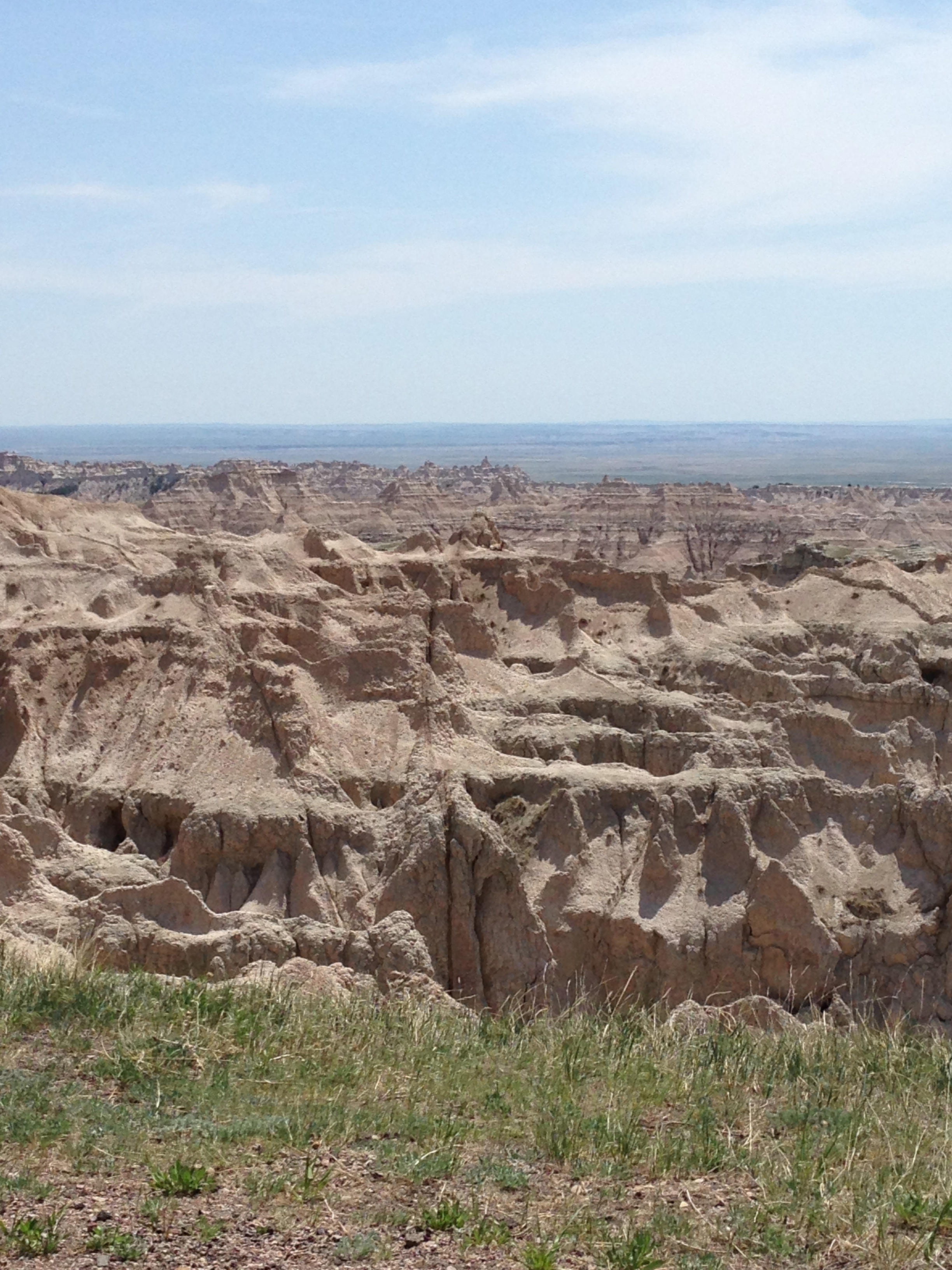 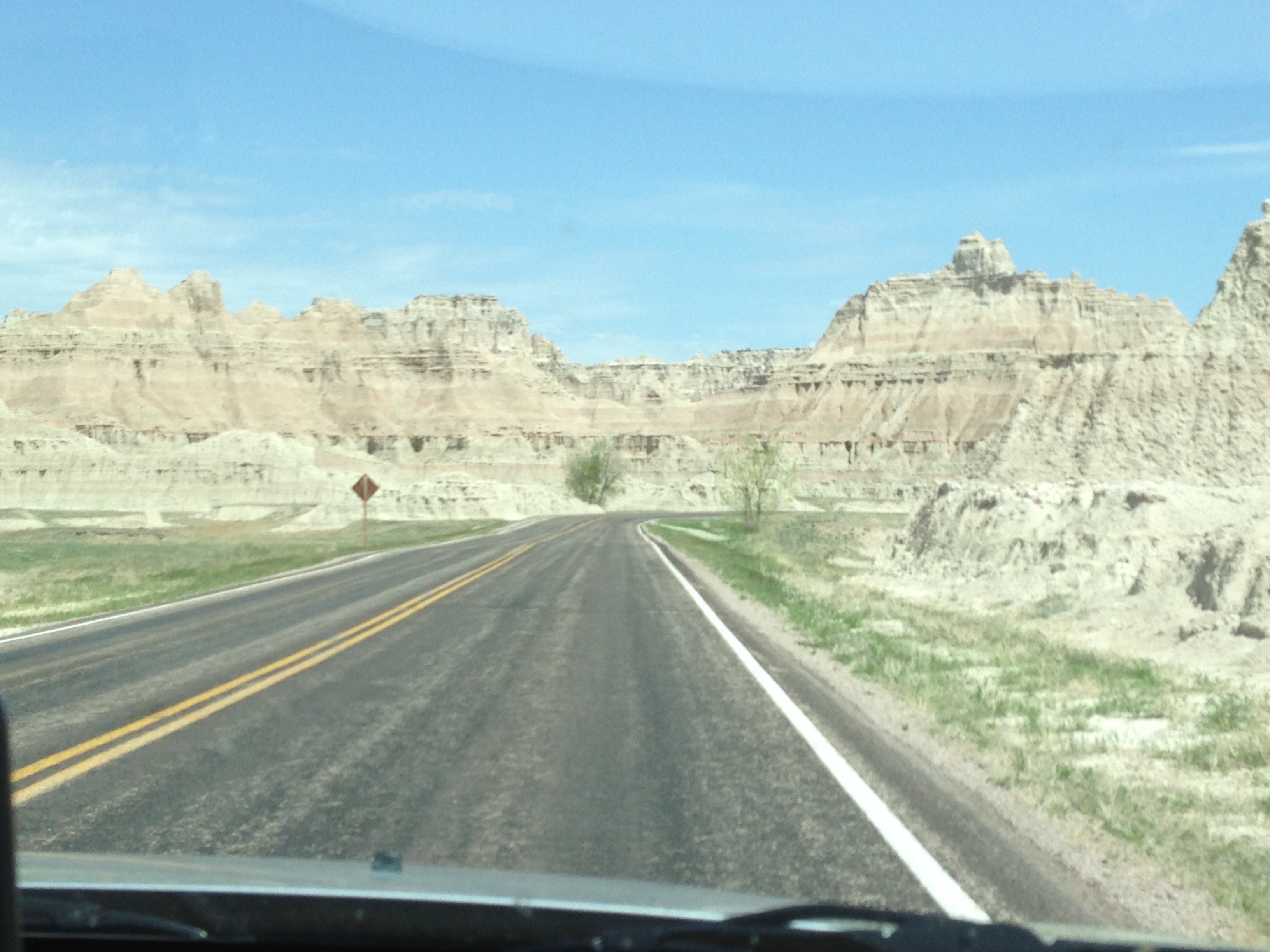 Okay, and for me, this was monumental…..as a kid, I remember the Wall Drug billboards. I particularly remember one about seeing the Giant Prairie dog. And, when we stopped at Wall Drug (it took a lot of pleading with our Dad for us to finally stop), I actually saw the Giant Prairie dog. It was a childhood memory I was hoping to revisit and could not because there was no Giant Prairie Dog. There was a Giant Jackalope (see below) 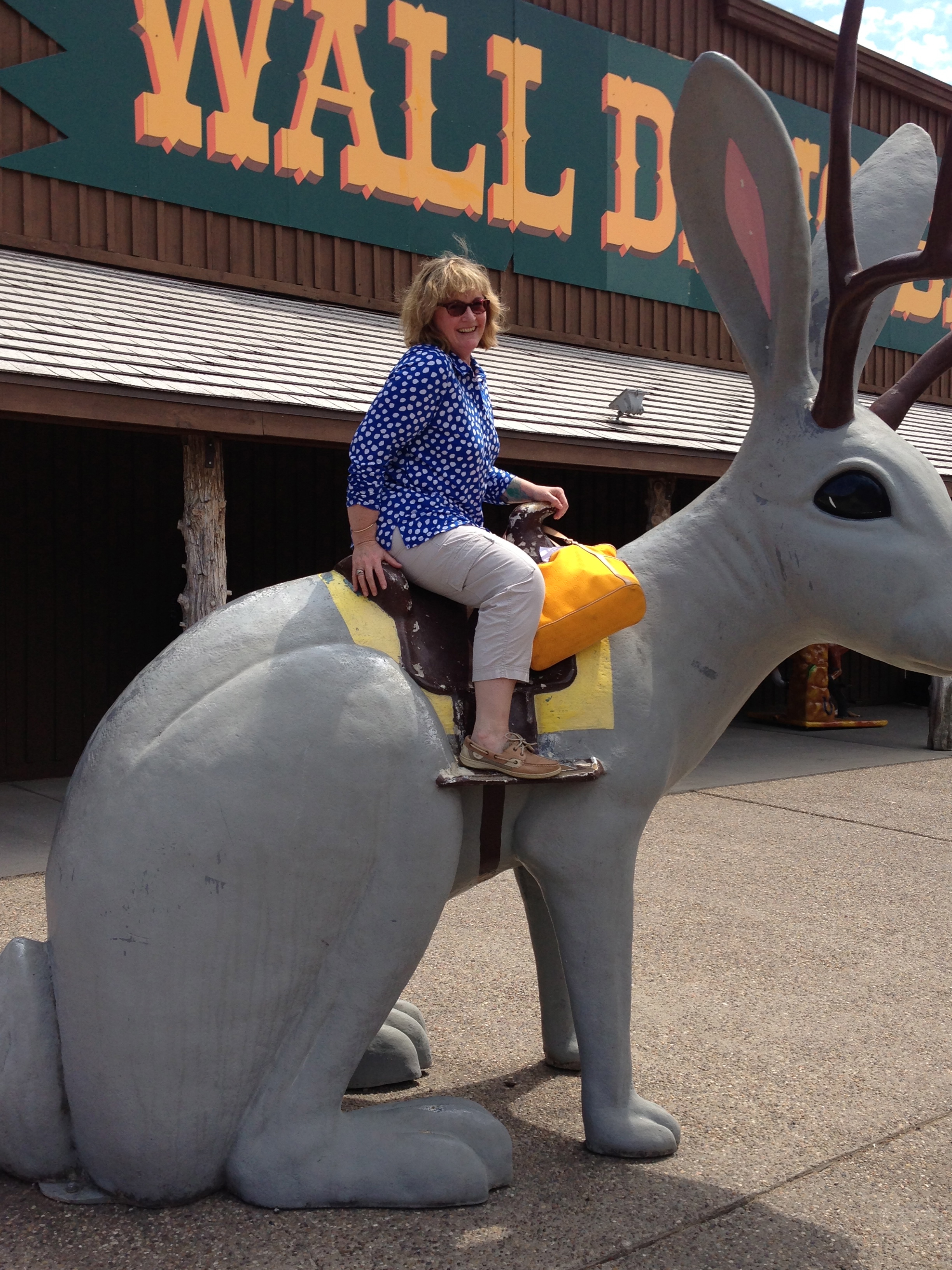 But no Prairie Dog….Until we were about to get back onto I-90 after having driven throughout the Badlands. And Low, there it was……I think the Prairie Dog to the right of this monolith was actually worshiping it. I certainly would have been if I were a Prairie Dog. 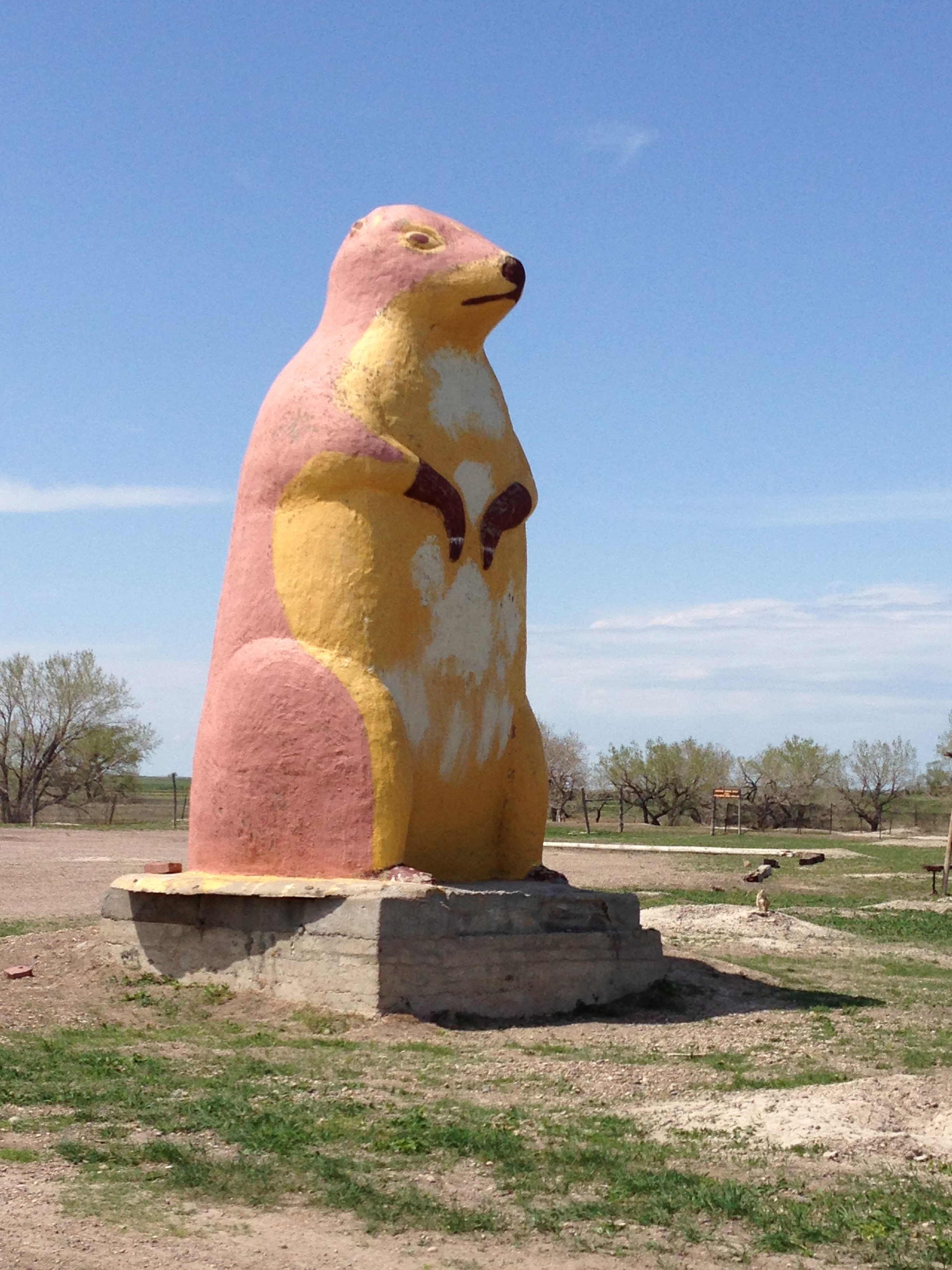 Tomorrow, we’re heading to our cabin at Two Inlets near Park Rapids, Minnesota. There, we’ll decompress from the road for about 5 days before we hook up with Mr. Al’s family.

Mr. Al is all about fishing. He’s getting twitchy to have a pole in his hands. I wouldn’t be surprised if we weren’t out on the lake (or at least casting off the dock) by tomorrow afternoon.

I’m not sure how the internet access is going to be at the cabin, but shall endeavor to post when I can. Until then….we’ll see you on the water!